The magical index of blog posts for Writers and Editors website 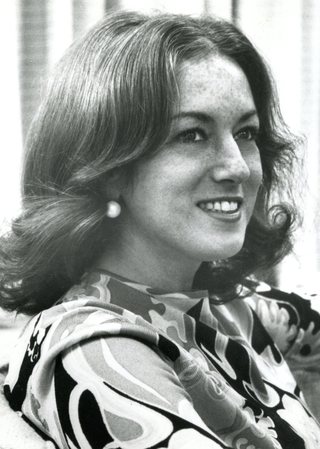 My farewell to a long-time good friend, Arlene Friedman Shepherd, appeared in the wonderful annual year-end series in the New York Times Magazine: The Lives They Loved. (Blast! It's no longer online! What happened to the paper of record???) For someone who graduated from a secretarial school and never went to college, Arlene's career in book publishing was astounding. It is shocking to me that the New York Times did not see fit to give her an obituary--but at least there was a nod to her in the magazine.

Arlene and I became friends in about 1967, when we both worked at Fawcett. After graduating from Weequahic High School in New Jersey, Arlene attended the Katharine Gibbs Secretarial School. Her father didn’t want her going to a regular college and she never did.

She went to work for the literary agent Helen Strauss at William Morris Agency. In her autobiography, A Talent for Luck , Strauss wrote: “She came to me straight out of school, still moist from delivery out of Katherine Gibbs, brash and bright and attractive.” After a long period of overwork, Arlene announced that she needed a vacation. “If you don’t come in on Monday, don’t come in at all,” was her boss’s reply and Arlene never went back.

After her vacation, Arlene took a job working for Leona Nevler at Fawcett, a major paperback house. I’d just taken a job editing Fawcett’s school line, and Arlene and I were assigned to share a room in the old Sheraton Park Hotel, when the ABA conference was held in Washington DC. The air-conditioning in our room wasn’t working and it was ungodly hot. We spent the week going to every free meal or party we could find, so long as it had A/C. That’s how our friendship began.

We started going out to lunch together. Besides gossiping about everything that was going on in the office, we leaned on each other for different kinds of expertise. One day Arlene asked me to explain what chromosomes and genes were, for example, and I asked her who the familiar looking guy in the sushi place was. (He was Rip Torn, and his star had just begun to rise in the 60s.) Arlene’s ability to spot even minor celebrities and writers and remember their name was amazing. For a lot of us, Arlene was a human version of Google, before there was Google.

Arlene loved to read and had an infallible instinct for what other people would like to read. It made her a great friend and a fabulous editor. With her talent for knowing what people would enjoy, it didn’t take Arlene long to make her mark in book publishing. She persuaded her very doubtful Fawcett colleagues to bid skyhigh for paperback rights to Mario Puzo’s novel, The Godfather. “Italians don’t read,” said Fawcett’s salesmen, and the rights went to another paperback house, for the unheard-of sum of $400,000. When the other house (was it Dell or Bantam?) started getting cold feet and arguing about contract terms, Fawcett was given a chance to top their bid, and Arlene talked them into doing so. Nobody doubted her after that. The Godfather made millions of dollars for Fawcett and Arlene’s name was gold. Arlene eventually became head of the Literary Guild, where she thrived for many years, pulling the Guild out of a slump--and increasing their income, as I recall, by $25 million a year. Against the advice of her husband and friends, she was tempted away from the Guild job, which she loved, to become president of Doubleday, where she was miserable.

Arlene was still single in the late 1960s, when we became friends. I was the first Mrs. Mancini then, and Tony and I were spending a year in Italy when Arlene brought over her new boyfriend, Harold Shepherd, to a primitive little Moorish-style town they’d never heard of, called Sperlonga. One of my fondest memories from that time was of Arlene and me reading our books on the beach of the Mediterranean, listening to Tony and Shep playing one of their endless Scrabble games and taking forever to figure out that we had secretly removed most of the vowels from the set. “Arlene wouldn’t do that,” Shep speculated. He was wrong!

Arlene had a loving family, but Arlene and Shep had no children together, which, along with the early death of her sister Susan, was a heartbreaker for Arlene. Instead, with Shep she made a family of their friends and of her niece Alison and her nephew Matt. After I left New York for Washington, I came back almost every Christmas and stayed with the Shepherds, whose policy was “mi casa es su casa.” When you arrived, you were given a small list of repairs to deal with, starting with changing a lightbulb, which neither of them had a talent for. You also had to learn that their arguments were part of the daily routine. I never knew two people who fought so much, yet had a reliably good time with daily rituals like watching Jeopardy and with weekend rituals like watching and talking about the Sunday news programs. And in the ways that counted, they seemed truly made for each other.

Both of them had spectacular success in their businesses, but also at least one period each that seemed at the time like failure. When Shep’s business in the garment district folded – a business he took up because it was his father’s and never enjoyed -- Arlene was patience itself. Shep toyed with becoming a writer and Arlene never said, “Harold, this is a fantasy—get over it.” He considered acting, and that fantasy too played itself out, and Arlene never discouraged him. Finally, he discovered real estate, which as I recall took about three years. Arlene is not one to hold back on negative opinions – as one of her relatives said recently, she was like her father in that way: She would give you her frank opinion whether you wanted it or not. But at that difficult time she was totally supportive and let Shep find his own way. He developed a very successful business in Easthampton, Long Island, where they maintained a second home.

Harold was the love of Arlene’s life, and she never really got over his dying. She didn’t like living alone and she was terrified of dying, period, and in particular of dying alone. And she didn’t. She had always been a loyal and generous friend, and in the end she brought many of us together to see her through her illness—in particular Maria Cellario, who saw “health care proxy” as a full-time commitment, and who coordinated the help of Ruth and Pamela, Jonathon and Phyllis, and many others – including Kevin, who came to the house to do her hair one more time, on one of Arlene’s brightest final days. Those of us who had seen her at her tempestuously most vibrant, were taken aback at the sweetness of her disposition when she was trapped in that hospital bed, unable to read anything but the titles on television, or even to find words, most of the time. Like her mother, Dottie, Arlene went out like a lady. Even when she couldn’t talk anymore, she still welcomed her friends and family with that wonderful smile. I find it hard to believe that I will never see that bright smile again.

A very lovely (and loving) memoir

Acquiring, swapping, or selling books (plus donating, borrowing, and lending)

Plus querying, the art of the pitch, beta readers, the book deal, subsidiary rights

Awards, grants, fellowships
Plus contests, other sources of funds for creators
Conferences, workshops, and learning places

and for copyeditors, proofreaders, indexers, and translators

What goes on the copyright page